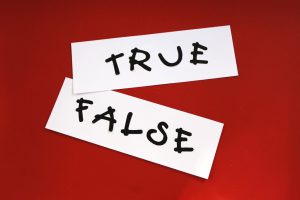 Guiding Question: What are some of the consequences that happen when we lie?

Divide the students into teams. Give each team the same scenario where someone tells a lie. Set a timer for three minutes. During that time, each team should write down every possible consequence that could happen from that one lie.

Additional Question: What other sins have earthly consequences?