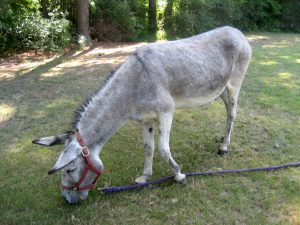 Guiding Question: Is believing all we need to do to be the Christian God calls us to be?

Optional Introductory Activity: Play a round of “Two Truths and a Lie”. Each student has to tell two unique things about them that are true and one that is not. The others have to guess which ones are true. Ask students why they believed those particular things were true and not the third thing. How often were they correct? What would they need to have been correct every time? What would they need to be correct every time if they played the game with someone they just met?

Lesson: (Questions for students are in bold italics.) Read John chapter 12. What are the different types of belief found in the chapter?

Read Luke 8:1-18. What does this passage add to our knowledge of belief? Which of the groups in John 12 fit into the different groups found in Luke 8:1-18? Is there a group we need to add to our original list from John 12?

What is belief? Read Hebrews 11:1. What does that mean to you about your belief?

From the two passages we have read, what is the first thing necessary to believe in Jesus and his message? Read Romans 10:14. What does Paul say is necessary for belief? Read Matthew 28:18-20. When you add this to the verse from Romans, what is the responsibility of those who believe?

What do we do if someone tells us something “new” about Jesus or his teachings? Read I John 4:1-2. We should test everything anyone tells us about Jesus, God or their teachings and commands against the Bible. Even if they quote a verse, remember one verse is only one tiny piece of the Bible puzzle. Think about where that puzzle actually fits in the context of the rest of the Bible. Sometimes false prophets take a verse or two out of context to try and convince us to believe things that are ungodly.

Do we have to see evidence of some sort to fully believe in Jesus and his teachings? Read John 20:29. What does Jesus say about our belief and what is implied? He says since we have not seen him, we will be blessed for believing. He implies it is indeed possible to believe without seeing him.

What should we do if we have doubts from time to time? Read Mark 9:24. This man wanted to believe Jesus could heal someone he loved, but he was struggling. Still even in his doubt, he sought out Jesus and pursued him as if he could indeed heal. He was willing to admit he was struggling to Jesus and asked for his help. Everyone has doubts from time to time – Satan does his best to make sure of that. When we struggle, it’s important to ask God for help and discuss our questions with godly people who can help us find the answers we need.

What are the benefits of believing and the consequences of not believing? Read John 3:16-18, Romans 4:3, Hebrews 11:6

Is believing the only thing we need to do to be the Christians God calls us to be? Read James 2:18-20. Belief is a call to action. Specific types of action. Evidently the belief the demons have is enough to make them shudder in fear, but that is not enough for God. The actions God wants from our belief – repenting of our sins, confessing Jesus is our Lord (not the demons way of just admitting he is the son of God, but the more intense – he is the Lord of our life), baptism, obedience, worship, serving others and sharing our faith – are not the actions that save us. Our belief and acceptance of God’s grace through baptism do that. Instead these actions are the evidence of our belief. They are the ways those who truly believe in God will live their lives. It is the “fruit” of a Christian life, a faith with works that is alive. Belief without action – without works as evidence of our belief – is not faith or belief at all. It’s as dead as the demons’ belief.

Read John 12:48-50. Jesus said he came to save – give people the opportunity to belief and act on that belief. His main purpose was not to pronounce judgment while he was here on earth. These verses do tell us though that Jesus warns us that Last Day will come. We will be held accountable for our belief and our response to that belief – accepting and doing what Jesus taught us to do. What do you need to do to make your belief in Christ more closely resemble the belief God requires of us?

Application Challenge: Read John 12 and Luke 8 again. Think about your faith and where it would fit into both of those passages. Do you need to change something to make your belief a belief in action? What? How can you begin demonstrating a more active belief?