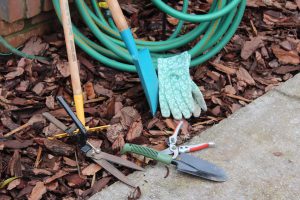 Guiding Question: Would you rather be a slave or servant of God?

Optional Introductory Activity: Bring in recent news stories and ads mentioning slaves or someone held as a slave or mentioning some type of servant (maid, cook, gardener, etc.). Have students divide into two groups. One group read the information about slaves and lists the pros and cons, the other reads the information about servants and does the same. Have them share their findings.

Lesson: Read James 1:1, Romans 1:1 and Romans 6:16-22. (Questions to students are in bold italics.) What is the difference between a slave and a servant? Servants are able to negotiate their wages, working times, job description. Servants have time off, are paid wages and sometimes also have other benefits like health insurance. Slaves are considered property and are owned by another person. They usually get some sort of food and lodging, although in many cases it is sub-standard. They are usually not paid with money, but their food, lodging and clothing are considered their wages. They are not free to come and go at will and can often be punished physically depending on the society. In most slave societies, slaves can be sold and separated from their spouse and children. Would you rather be a servant or a slave? Why? Almost everyone would say they would rather be a servant. We want to have some control over our lives. Read Exodus 21:2-6. What is the situation in which the people in this passage find themselves? It sounds like these people are what we call indentured servants. Usually they have acquired a large amount of debt they cannot repay. Sometimes in the early years of this country, people agreed to become indentured servants in exchange for free passage or transportation to the U.S. Basically, they signed a document agreeing to be the slave of the person who paid their debt for them. The slavery would last a specific period of time until the debt was considered paid. Why would these people agree to be slaves? They had decided that being a slave for a specific number of years was a better life than what they currently had. Can you think of someone else in the New Testament who came to a similar conclusion? Read Luke 15:11-32. The son finally decided that being a servant/slave in his father’s house was preferable to the life he was living in the pigsty. What is Jesus really using this story to teach people? Our lives without God are just like the Prodigal Son’s life in the pigsty. Oh, at first they may seem fun and glamorous. Remember in the beginning, the Prodigal Son thought he was living the high life. Over time though, the consequences for living a life he knew was against his father’s wishes started to mount. Before he knew it, the reality of living a life away from his father was not at all pleasant. In the same way, we might decide we don’t want to be a servant or a slave of God. We rationalize we can have much more fun on our own without our father’s rules and principles. For a time, we may even convince ourselves living a totally “free” life is wonderful. Then the consequences begin mounting. Perhaps life with our Father – God – and His commands and principles isn’t so bad after all. In fact, it is rather awesome. Read I Corinthians 6:19-20. Paul says we are bought with a price, implying we are slaves to God. The reality is we are all slaves either to God or to our own selfish desires, which is slavery to Satan. Read Romans 6:16 again. Satan lies and tries to make you think his slavery is really the freedom to do whatever you want. God’s slavery brings true freedom though. The freedom to live a life full of purpose, to worship and glorify the Creator, to serve others and share our faith with them, the freedom of forgiveness of our sins, the freedom of knowing God is listening to and answering our prayers and ultimately the freedom to spend eternity in Heaven. Both types of slavery – to God and to Satan – are indentured servant hood/slavery. You must choose whom will be your master. What is our debt and the penalty for not repaying it? Your debt is so huge you cannot pay it. Choosing to ignore your debt and not pay it leads to slavery to Satan and ultimately an eternity spent with him in Hell. Choosing to have God as your Master will pay your debt in full – but you have to make that choice, by being baptized and becoming a Christian and then living the godly life God wants you to live as His lifelong servant/slave.

Application Challenge: Take some time this week to read Luke 15:11-32 again. To whom are you currently a slave, Satan or God? Have you made the wisest choice? If you have chosen to be a slave to God are you making choices that reflect that decision? What is something you can change this week to more accurately resemble a slave to God? Now go out and do it!