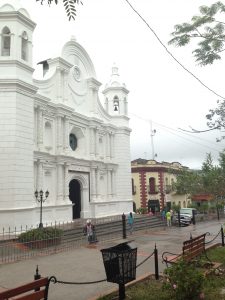 If you have been a volunteer teaching in Bible classes for children and teens for very long, you may have noticed a move away from teaching about obedience and consequences for disobedience. The church has changed too. Sin is rarely mentioned. Consequences are almost never discussed. The focus is only on celebrating God’s love for us.

Whether you consider yourself a “progressive” or a “conservative” Christian, one thing cannot be denied. If you read just about any part of the Bible, you will find numerous commands to obey God and read examples of people who suffered not so great earthly consequences for their disobedience. To some, this portrait of God as someone who demands obedience and delivers consequences – earthly and eternal – for disobedience horrifies them.

Satan wants us to believe the lie that you and your students need only to “love” and can do whatever else you please, with no consequences. He wants you as a Christian volunteer teacher to believe firm boundaries and consistent consequences create fear, shame and guilt in your students. These horrible, crippling emotions caused by your restraining teaching will keep your students from reaching their God-given potential. The world and a great portion of the church have bought this lie as an important truth.

There is one little problem with this line of reasoning. Even if you wish to set aside the Bible for a moment, there is a famous researcher named Lawrence Kohlberg who begs to differ. If you were an education or psychology major in college, his name may ring a faint bell. His best known work is his writing on the stages of moral development.

Kohlberg wrote that there are six stages in moral development. While he didn’t make value judgments on each stage, he believed the higher stages produced more consistent moral behavior that the lower stages. Here is a key point Satan, modern education “experts” and some ministers often ignore. One must begin at the lowest stage and gradually incorporate it into new higher stages. Stages cannot be skipped. The knowledge from every previous stage is necessary to build the foundation for the next higher stage.

So what is the first stage in moral development? What is necessary to build a strong, consistent moral – or in the life of a Christian, godly life? Obedience and punishment orientation. Or as Kohlberg continues “How can I avoid punishment?” Parenting experts and ministers who want to avoid anyone ever having a healthy fear of parents and God or an emphasis on obedience and the negative consequences for disobedience are attempting the impossible. They are trying to help people reach the highest stage of moral development by basically skipping the first four stages! (The other first stages usually ignored are self-interest orientation, the good boy/good girl attitude and law and order.)

Read through the Bible and it is clear God understands these stages. He regularly addresses them in almost a rotation throughout the Bible in various ways. God threatens punishment and Hell, promises rewards and Heaven, sets expectations for people to be good “boys and girls” and set up the Israelites as a society of law and order. He even sets an expectation that Christians will eventually “eat meat” and grow enough spiritually to be in the two highest stages of moral development.

Don’t misunderstand what I am advocating. I am not suggesting teachers become rigid and harsh and whose students tremble in fear every time they see them. I am not suggesting we are subjected to sermons of “fire and brimstone” week after week. What I am promoting though, is that we stop ignoring what God clearly states and Kohlberg confirms. Our students (or any of us for that matter) cannot be the Christians God calls us to be without understanding the importance of obedience and the very real and fearful consequences for disobedience. If your students do not develop that healthy respectful fear of God that leads to obedience, your hopes of them growing to be men and women of God are slim.